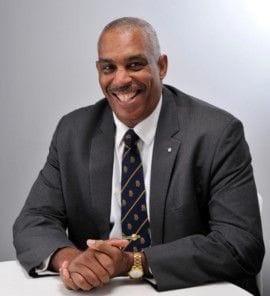 Major David Clarke CVO has been employed by The Duke of Edinburgh's International Award Foundation since 1988 and was appointed to his current role as Regional Director (Americas) in 2000.

He was appointed a Lieutenant of the Royal Victorian Order (LVO) on 14th October 2003 by Her Majesty, Queen Elizabeth and promoted to a Commander (CVO) in the Queen's birthday honours on 17th June 2017. He was awarded the Queen's Diamond Jubilee Medal in 2012.