Kobayashi currently leads Think Strategy, a management consulting firm, and was previously an aerospace engineer for the Royal Canadian Air Force, working in the aerospace industry for nearly 30 years.

His volunteer activities have included acting as chair of the advisory council to the Royal Roads University School of Business, as a director for the United Way and as executive director of the Edmonton International Air Show. Kobayashi has also served as president of the West Shore Chamber of Commerce and of the West Shore Rebels Football Club. 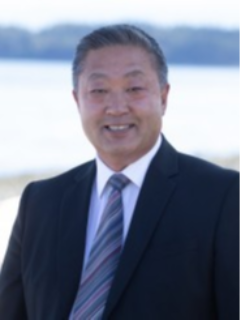