Teara, a proud Métis bridge builder, is a commercial pilot and former CEO of Kîsik Aerial Survey, an air operation she built from the ground up. Becoming a pilot was transformational, truly giving this young Indigenous woman wings and she loves to see others fall in love with flight. She established the Aviation Leadership Foundation, recently launched Give them Wings (Indigenous Youth Taking Flight), and she serves as Board Director for the British Columbia Aviation Council. With the launch of Iskwew Air, Teara's entrepreneurial spirit takes her into a new arena as the first Indigenous woman to launch an airline in Canada.

As the visionary of the Raven Institute, she sees connected hearts, minds, and hands in a united and thriving nation.  A new initiative RavenSPEAK (Indigenous changemakers visible, masterful, amplified, and connected) is where stories are told, truths are unearthed, voices are heard, and a new narrative begins elevating the important messages and remarkable profiles of Indigenous peoples.

Teara holds a Master of Arts in Leadership degree from Royal Roads University, and she is a Certified Executive Coach. The journey of learning now takes her back to Royal Roads as Associate Faculty and to Fielding University where she is studying in the Human Development Ph.D. program.

Most recently, Teara was named one of Canada's 2020 Top 25 Women of Influence, and one of the Women's Executive Network (WXN) 2019 Canada's Most Powerful Women: Top 100 Award Winner. 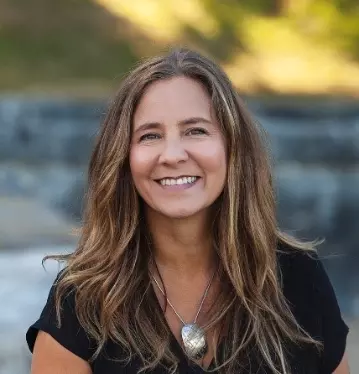