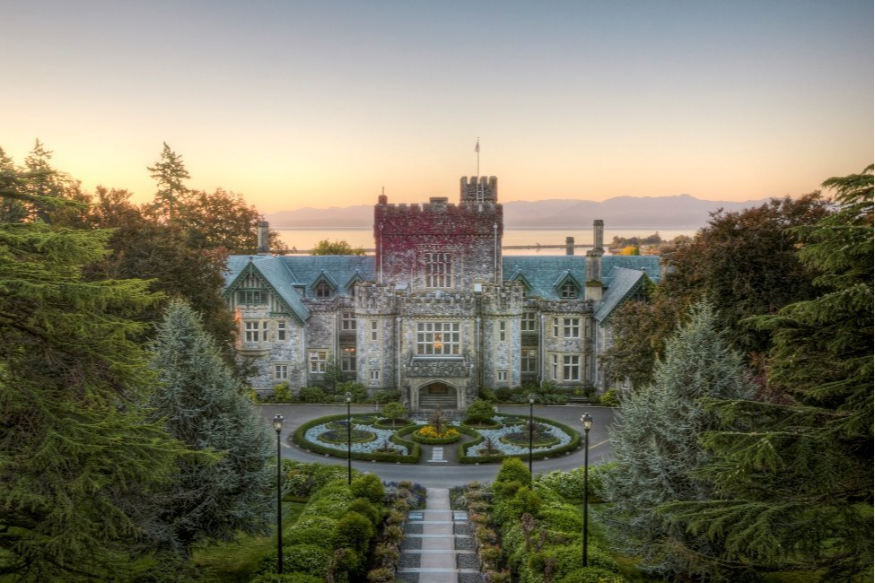 The Royal Roads University campus, situated just outside of Victoria, sprawls over 260 hectares of lush parkland, where you will find walking, hiking, and biking trails, magnificent examples of the west coast's flora and fauna, including a muster of peacocks, gorgeous views of the Strait of Juan de Fuca with the majestic Olympic mountain range in the background, a stunning Japanese garden, and a castle built for one of Vancouver Island's most recognized coal barons.

Hatley Park, located on the campus, is a National Historic Site. The estate has a rich history of learning and living, built on a strong connection with the natural environment. From the original First People to the international learners of today, the land is clearly treasured and respected by those who appreciate our vital connection with the land and sea.

The property known today as Hatley Park was originally part of the ancestral homelands of the Coast Salish people; the Xwsepsum (Esquimalt) and Lkwungen (Songhees) nations. After purchasing the property in 1907, Samuel Maclure was commissioned to create Hatley Castle; a grand home for the Dunsmuir Family.

In 1940, the property began developing its reputation as an educational institution through the creation of a training establishment for naval sub-lieutenants. Over the years, the original building and grounds served as a training space for a variety of Canadian service people; initially as HMCS Royal Roads, then evolving to provide training for a larger selection of service personnel: the Royal Canadian Naval College; RCN-RCAF Royal Roads; the Canadian Services College Royal Roads; and eventually the Royal Roads Military College. 1995 marked the graduation of the final class of students of RRMC and the decommissioning of the military college.

Royal Roads University was established in 1995 to offer high-quality, applied and relevant programs designed to enable professionals to improve their skills and advance their careers.

As one of Vancouver Islands most prestigious film locations, it is no wonder directors, film crews, and photographers have been drawn to the beauty of Hatley Park for over 80 years. Most recently the castle was used in blockbusters such as Deadpool and X Men: The Last Stand.

The programs offered at Royal Roads University provide learners with the tools and techniques required to be effective after graduation. They offer blended learning models of online courses and intensive, on-campus residencies. The University also focuses on initiatives that support campus sustainability. Environmental sustainability is not only intrinsically linked to their teaching and research mandate, it's a challenge that calls for the kind of interdisciplinary and collaborative problem-solving at which they excel. 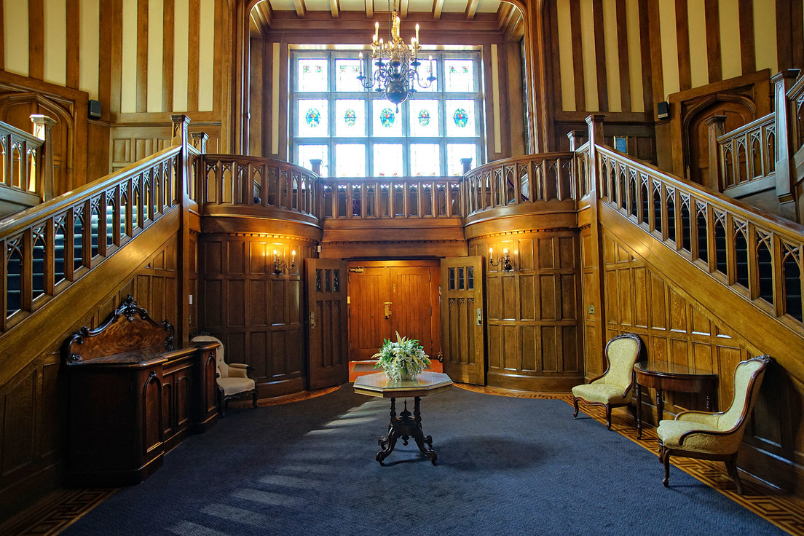