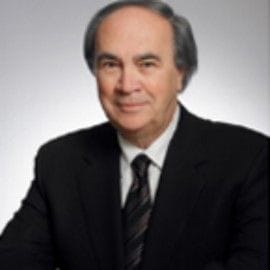 He was a Governor of the Glenbow Museum in Calgary and a Director of Alberta Theatre Projects located in the Calgary Centre for the Performing Arts.

In 1999, he was recognized by Her Majesty Queen Elizabeth II with the award of a Lieutenant of the Royal Victorian Order (LVO).