The Duke of Edinburgh Commonwealth Study Conferences Canada (CSCC) is pleased to announce that the Lieutenant Governor of British Columbia, Her Honour Janet Austin, OBC, has granted her Honorary Patronage to the Leadership Program with Royal Roads in 2020. By doing so, her Honour will be providing her support to emerging Canadian leaders.

The Honourable Janet Austin was invested as the province's 30th Lieutenant Governor in 2018. Her Honour has identified three distinct areas of focus for her term: supporting democracy and public institutions, advancing reconciliation for the Indigenous peoples of Canada, and championing inclusion, diversity and gender equality.

Her Honour's areas of focus correspond with the objectives of the Authentic and Transformational Leadership program being held in Victoria in April. Participants will experience how organizations and leaders are using authentic and transformational leadership to work across Indigenous and non-Indigenous communities and sectors, and, in doing so, remove long-standing barriers and create collaborative economic development opportunities.

"It is my great pleasure to welcome the CSCC to British Columbia," said the Honourable Janet Austin. "The work of this particular program is in great alignment with reconciliation in our province, and I commend this wonderful opportunity to further develop Canadian leadership and build stronger communities as a result."

During the program week, Her Honour will be providing welcoming remarks at the Opening Dinner, accompanying participants on experiential tours, and sharing her own leadership journey. 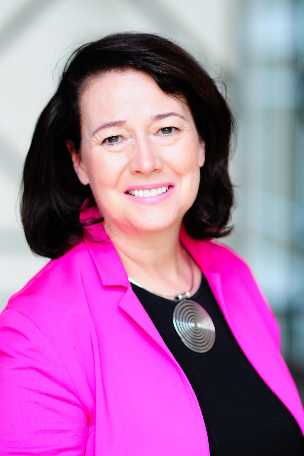