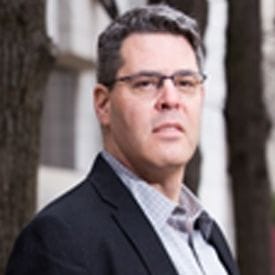 Dr. Jonathan Dewar is the Executive Director at the First Nations Information Governance Centre in Ottawa. He has been recognized as a leader in healing and reconciliation and Indigenous health and well-being education, policy, and research. He has published extensively on these subjects, with a specialization in the role of the arts in healing and reconciliation, and has lectured nationally and internationally.

From 2007-2012, Jonathan served as Director of Research at the Aboriginal Healing Foundation, where he led the Foundation's research and evaluation and knowledge dissemination and publication efforts. From 2016 to 2017, he was a Senior Advisor to the Reconciliation Secretariat at Indigenous and Northern Affairs Canada. Jonathan served as the first Director of the Shingwauk Residential Schools Centre and Special Advisor to the President at Algoma University, where he led research, education, curatorial, and community service programming, and taught courses in Anishinaabe Studies, Political Science, and Fine Arts.

Jonathan is of mixed heritage, descended from Huron-Wendat, French-, and Scottish-Canadian grandparents with an academic background in Indigenous arts and literatures and Indigenous studies. He completed a doctorate in the School of Indigenous and Canadian Studies at Carleton University and he holds an appointment as Adjunct Research Professor in the Department of Sociology and Anthropology at Carleton University.