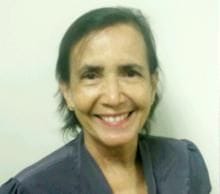 Dr. Christine Marrett, Senior Programme Officer, was redeployed to the OGA in July 2016 from the former Central Office for Regional and International Affairs (CORIA)  where she held a similar post from its inception in 2012. Prior to her post in CORIA, she served in the former Office of External Relations, Inter- and Intra-institutional Collaboration, where she was responsible for Jamaica and the Northern Caribbean from January 2010.